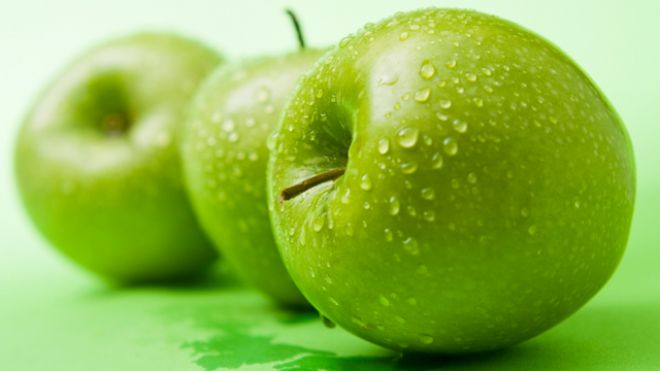 It turns out that eating an apple a day actually might keep the doctor away – and could potentially save thousands of lives too.

In a study published in the Christmas edition of the British Medical Journal (BMJ), researchers from Oxford University sought to examine what would really happen if an entire population followed the advice of the popular proverb, “An apple a day keeps the doctor away.”

Using data modeling tools, study author Dr. Adam Briggs analyzed how the national health of people over the age of 50 in Britain would be affected if they committed to eating one apple a day, without increasing their overall caloric intake. Then, he compared this to the effects of placing everyone in the country on statins – if they were not already taking them. Statins have been proven to lower cholesterol and reduce the risk of cardiovascular disease.

“In the U.K., at the moment (statins) are advised if you are at high risk of cardiovascular disease,” Briggs, of the BHF Health Promotion Research Group at Oxford University, told FoxNews.com. “So we said, let’s see what happens if we give them to everyone else as well, and that came out to 9,500 fewer deaths per year, in people over 50 years old.”

To Briggs’ surprise, an apple a day had a similarly impressive effect on the population.

“If everyone (ate an apple a day), we estimate 8,500 fewer deaths from heart disease and stroke every year,” Briggs said.

While the study didn’t examine why apples seem to demonstrate such a beneficial effect on cardiovascular health, Briggs noted that the fruit has high nutritional value.

“Fruit and (vegetables) broadly speaking contain fiber, which is one thing known to have beneficial effects on health,” Briggs said. “More so, with apples, they’re a natural source of antioxidants and flavonoids which are all related to better cardiovascular health.”

While these results seem promising, Briggs warns that people already on statins definitely shouldn’t think about replacing them with an apple.

“Those currently taking (statins) should continue to do so, but they might also benefit from adding an apple to their diet,” Briggs noted.

The Christmas edition of BMJ is known for publishing tongue-in-cheek research – but Briggs noted that it’s all backed up by real data.

“Small changes to your diet can have a really meaningful impact on population health, just adding an apple a day,” Briggs said.

References
Amanda Woerner (December 18, 2013). An Apple a Day Could Save Thousands of Lives, Study Indicates. Retrieved from http://www.foxnews.com/health/2013/12/18/apple-day-could-save-thousands-lives-study-indicates/